Groups of things have a special name, this in known as a collective noun and you can have some fun illustrating these fun ‘group’ words.

There are heaps of these words and some are quite fun eg ‘A Parliament of Owls’, A Quiver of Cobras’, ‘A Parade of Elephants’, ‘A Stand of Flamingos’, ‘A Band of Gorillas’, ‘A Leap of Leopards’, A Crash of Rhino’, A Gang of Turkeys, A knot of Toads. A Nest of Snakes,. There are lots more too.

An Aurora of Polar Bears, A String of Ponies, A Prickle of Porcupines, A mob of Emus, A wisdom of Wombats.

You could even make up some of your own for animals or jobs people do – here are a few I thought about. A Sink of Plumbers, a Coil of Electricians, A Board of Teachers, A Palette of Artists, A Bandage of Nurses, A Pot of Cooks. 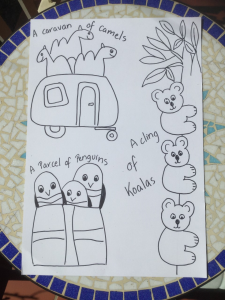 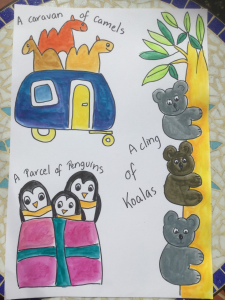 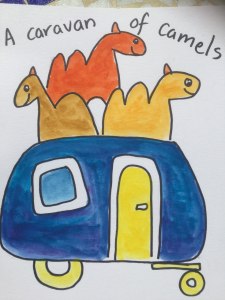 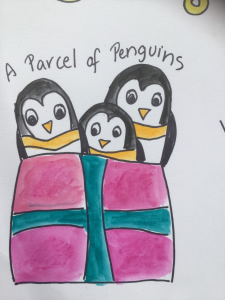